Looking for a fun and inexpensive game for kids’ birthday parties? Try making a treasure hunt! Kids love them and they’re easy! Here are some sample clues! 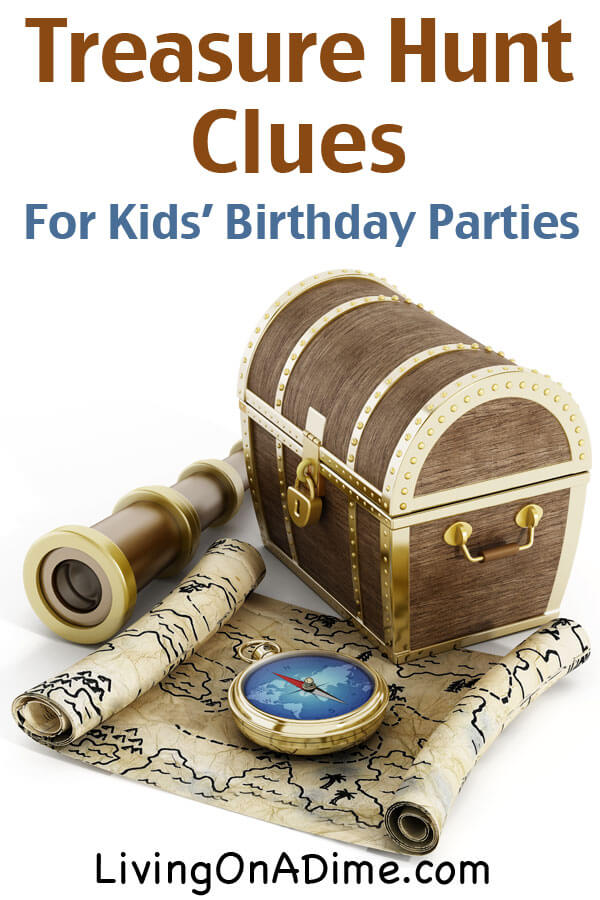 How to Host a Treasure Hunt for a Kids Birthday Party

Often when we have a party for the kids, we make a treasure hunt for them. if you decide to have a treasure hunt, here is an example of some of the clues we have used in the past. Keep in mind you don’t have to be a brilliant poet to be successful. The kids are more excited about where they are going next than about the literary value of the poetry!

If you have never had a treasure hunt for your kids, make it so that the kids are a little bit challenged to find the clues but not too challenged. We usually give them a location of the next clue, but the clue is generally somewhat hidden at that location. We have also learned that it is not a good idea to spread out the clues over a large geographic area. We once had a treasure hunt where the kids had to go to a neighbor’s house a half a block away for some of the clues. Even though young children have a lot of energy, they quickly lose interest if it is too difficult to reach the goal.

If you haven’t seen it, you may also be interested in this article on Kids’ Birthday Parties. 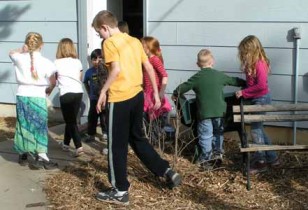 For this party, all of the clues were in our back yard and the treasure was in the front yard. We made bags of assorted candy for each child so that everyone who attended the party received a gift bag at the end of the treasure hunt. Adapt this concept to your own party and they will have lots of fun!

How To Have A Cheap Graduation Party

Back to School Spending