Watching What You Eat but Still Overweight? 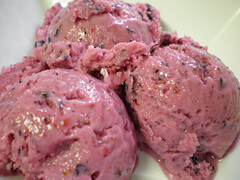 Are You Watching What You Eat but Still Overweight?

We probably know more about health and about what we should eat and not eat than any other generation. We have access to great food but it seems that the healthier we are eating the more obesity is becoming a serious problem.

I personally believe a good portion of the problem is portion (no pun intended) control. I won’t go into a lot of detail about portion control because I have touched on it so frequently in our e-books and in other articles about saving on food. but here are some other things to look for when feeding your family. Just because it looks and says it’s healthy doesn’t mean it is.

Of course the way you make the smoothies and the brands you buy can make a difference. I am just saying check into things. I have friends who buy frozen yogurt not because they love it but because they assume it has less calories than ice cream. So be careful and watch what you eat and also how much you eat. Just because it’s called healthy or organic doesn’t mean you have license to eat 10 times as much and it won’t hurt you.