Here are 10 easy ways to use buttermilk and sour milk in response to your buttermilk questions! More of what you wanted to know about homemade buttermilk! 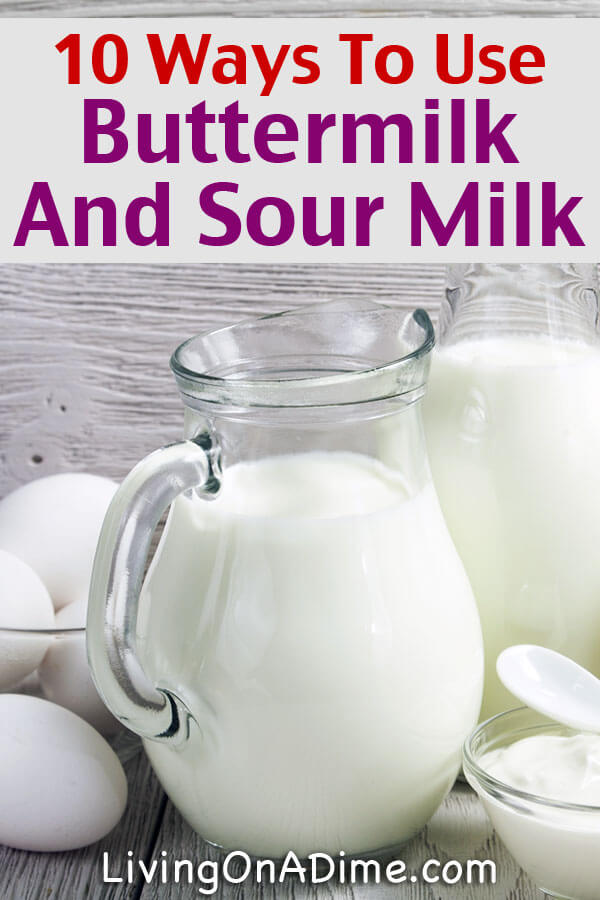 Today I made some homemade buttermilk. Homemade buttermilk is the simplest thing to make! I had some milk that was left out and became sour. Mike in his ever efficient manner made sure that we all knew it was sour. (see picture :-) 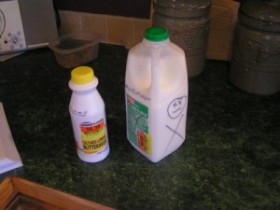 At the grocery store today, I found some buttermilk marked down for .39 so I grabbed it up and made some buttermilk. It will be done in the morning, just in time for pancakes. Here’s the buttermilk recipe if you would like to try it. It works best with whole milk but it will work with skim. It will just be runnier. This time I just dumped the buttermilk into the milk container because I had already used some of the milk for biscuits.

One of our readers asked why it is okay to set out buttermilk and let it sour but the sour milk in her child’s sippy is bad for her child.

Many people think sour milk and buttermilk are the same but they are different.

Buttermilk used to be the watery stuff leftover from making butter. These days, it is made by adding a lactic acid bacteria to regular pasteurized milk.

Sour milk is made by adding vinegar and lemon juice to regular milk to make it sour.

Spoiled milk is milk that has just been left out and has gone bad, like the milk in a child’s sippy cup.

The same is true with sour milk. Vinegar or acid kills bad bacteria in the milk. That is why canned pickles last so long– because the acid in them keep the bacteria away longer.