Here is an easy potato latkes recipe you can make at home if you’d like to know how to make latkes! Latkes are a traditional Jewish dish often served at Hanukkah. They are a tasty form of a potato pancake. Latkes are generally crunchier texture than a typical potato pancake, which is why so many people love them, because the potatoes are grated in larger shreds and they’re usually cooked a little longer. 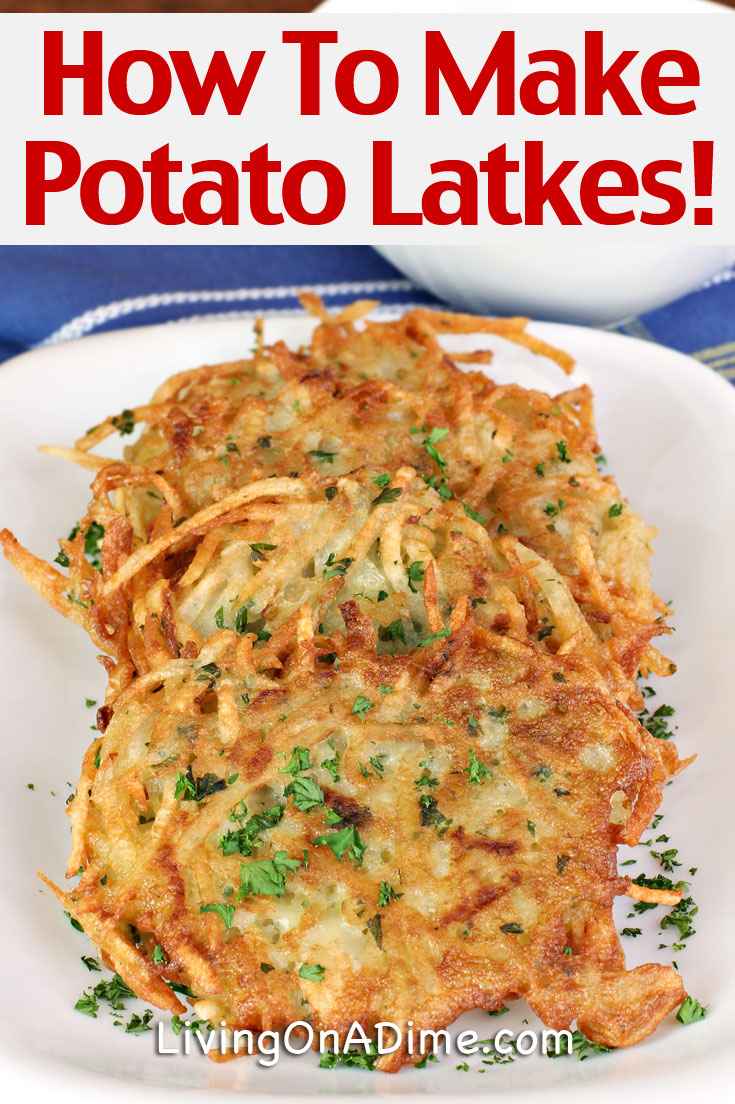 Grate the potatoes and onion. Transfer the mixture to a clean dish towel and squeeze and wring out as much of the liquid as possible.

Transfer the mixture to a large bowl. Add the eggs, flour, salt, baking powder and pepper, and mix until the flour is absorbed.

Place the oil in the pan and heat. Once the oil is hot, a drop of batter placed in the pan should sizzle. Use a heaping tablespoon to drop the batter into the hot pan, cooking in batches. Use a spatula to flatten and shape the drops into discs.

After about 5 minutes, when the edges of the latkes are brown and crispy, flip. Cook until the second side is deeply browned, about another 5 minutes.

Transfer the latkes to a paper towel lined plate to drain and sprinkle with salt while still warm. Repeat with the remaining batter.