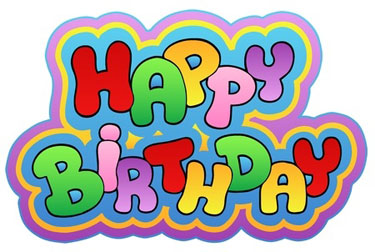 It is Tawra’s birthday today so I had to post her favorite theme song. I think you will find it pretty funny. I am very proud of my daughter. I could go on with a bunch of mushy words but I think when you get my age and can say your kids have done a great job with their lives says it all. Happy Birthday sweet daughter of mine.

A friend of mine sent it to me in 2000 after our very difficult and trying from Idaho to Kansas.

Our house had been for sale for 3 years and we couldn’t sell it. Mike lost his job and hadn’t found work in Idaho for 9 months so we decided to just leave our house vacant and move back to Kansas. We rented a U-haul, loaded all our stuff and then discovered it was too small.

Since we were in no man’s land in Idaho we had to wait 4 days in an empty house to get another truck. We  had to unload the first U-haul and put the stuff in a hangar at the crop duster airport across the street because it was pouring down rain. Then we had to take the first truck back to get the second.[adsense]

We re-loaded the new truck. We only had my mom, my sister in law, Mike and I to move all of our stuff and watch 4 kids, 3 of them toddlers (My niece and nephew were there too).

We headed out towing a pick-up truck and driving 2 cars. (One was my sister in law’s.)

About 2 hours from home, we came to a place in the roadway where there was no road.  In the mountains in Idaho, the highway department decided to tear out the old road and put in a new one. It took us about 4 hours to go 20 miles on a one-lane dirt “road” that had a huge drop off on the side.

As soon as we were past that, we realized that the pickup was separating from the tow bar. We didn’t know that the tow bar wasn’t quite big enough and by the time we discovered it, only one wheel was still attached. We had to take our ’73 old Beverly Hillbillies truck off of the tow bar, unpack the things stored in its cab, and move people and things from the car to the truck so we could tow our car instead.  We finally got to Boise (4 hours from our starting point) 10 hours later.

During the entire time one year old Elly kept throwing up about every 30 minutes. She was in the car with just me driving. Try cleaning up barf while driving on a narrow mountain road… Let’s say that was a neat trick! LOL

We were all so excited to get into the hotel and into the pool! About 5 minutes after we got in the pool, Elly had diarrhea and it leaked out of her swim diaper, so we all had to evacuate the pool. So much for unwinding.

The next day we got up, got everything and everyone packed and went out to McDonald’s to eat breakfast. When we returned to the vehicles to get going again, the pickup wouldn’t start. We begged a local repair shop to move us to the front of the repair list, explaining that we were traveling with 4 young kids. Even though they graciously did that, we still spent the next 5 hours at McDonald’s with 4 kids, waiting for the truck to get fixed.

We finally left Boise and made it to somewhere in Utah about 8:00 p.m. We just spent 2 days on the road and we were about 7 hours from our house in Idaho. This doesn’t even count the more than a week we had already spent in an empty house before we left waiting for a truck to pack.

We finally made it to Colorado the next (very long) day, with Elly still throwing up all along the way. We got stuck in Colorado for two weeks because she got so sick and dehydrated that we couldn’t go any further. She was car sick.

[adsense]After she recovered, we had a big family fight with some of our extended family right before we left. (Why does it always happen when you’re stressed out anyway? :-) Finally, we headed the rest of the way to Kansas. My grandparents ended up coming with us to help us.

We had more problems along the way but finally made the what should have been a 10 hour drive to Kansas in 19 hours, arriving at 1:00 a.m. We pulled into the driveway of the house that I had rented over the phone from Idaho. (NEVER, EVER DO THAT. IT WAS A VERY DUMB THING TO DO!) There was pile of trash about 9 feet wide and 4 feet high in the front yard. The white bathroom was so filthy it was literally black! It smelled like rotten eggs because the house water came from a sulfur well. It was a cheap rental and at the time we were making two house payments on $9 an hour income, so it was what we had to live with.

We couldn’t spend the night in the house like we had planned so thankfully my grandfather, who is ex-military, was able to get us a place to stay that night on base at Ft. Riley. I just sobbed and sobbed that night when I was outside getting Elly out of the car. I think 10 years later I still haven’t recovered!

We had to spend the next day cleaning up the nightmare of a trailer house that we had rented.  After all of this, I told my friend in Idaho what had happened and she sent me this song. Laughter is the best medicine. Now it’s my theme song. I thought you all would enjoy a good laugh and understand why I appreciated it so much after all that.

Note from Jill:  Tawra didn’t even begin to describe how bad that house was. I came later after they had cleaned it and it was still awful. The doors had a one inch gap at the top of them so every fly in the state of Kansas decided to make her kitchen their home and there was constantly a pond of gross water in their crawl space with all kinds of critters growing. It was bad

Note from Mike: The frogs in that pond were nearly the size of soccer balls… Returning the U-Haul to ask for another one was like a scene from National Lampoons Vacation… and I had never seen road workers directing traffic across country before. No matter how strange life gets, it can always get stranger! We definitely need a redo on that part of our lives!