This easy apple turnover recipe can be used to make apple turnovers as well as peach, cherry, blueberry and more! You’ll be surprised how easy it is! 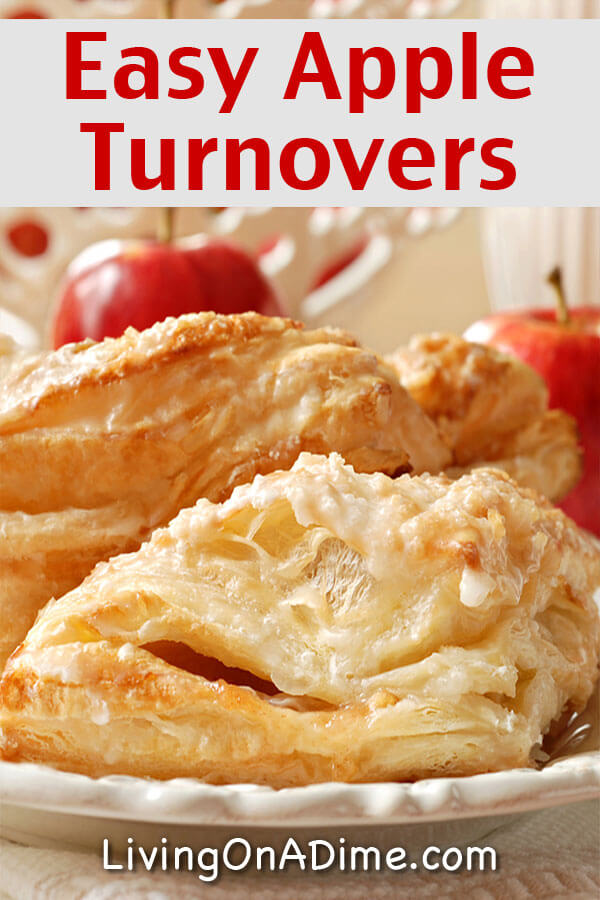 This homemade apple turnover recipe is so easy and delicious that you’ll be tempted to try to make it with lots of other fruits! This recipe is a great way to use apples or other summer leftovers!

Preheat oven to 400 degrees. Add the apple pie spice to the fruit filling. Using a knife, slice apple slices in the can into small chunks. (I add the spices into the can and press the apples against the can with the knife to cut them to avoid dirtying a bowl.)

Flatten the biscuits with a rolling pin or your hand into 4″ circles. Add 1 slightly rounded Tbsp. of pie filling into the center of each biscuit. Wet edges of biscuit with milk. Fold in half and seal well. Prick tops with fork. Dip in melted butter and then into sugar and cinnamon mix. Place on ungreased cookie sheet and bake 10 minutes or until brown.

* When using the other flavored fillings, you can leave out the apple pie spices. You can add other spices from your favorite pie recipe if you prefer, like a pinch of cinnamon to the peach or almond flavoring for the cherry pie. You don’t have to add anything if you don’t want.

Variation: Add raisins to the pie filling and/or serve with cheddar cheese.