Chronic Fatigue Syndrome and Fibromyalgia is a debilitating and largely misunderstood chronic illness. Here is a discussion of symptoms and my experiences, along with information about getting diagnosed. 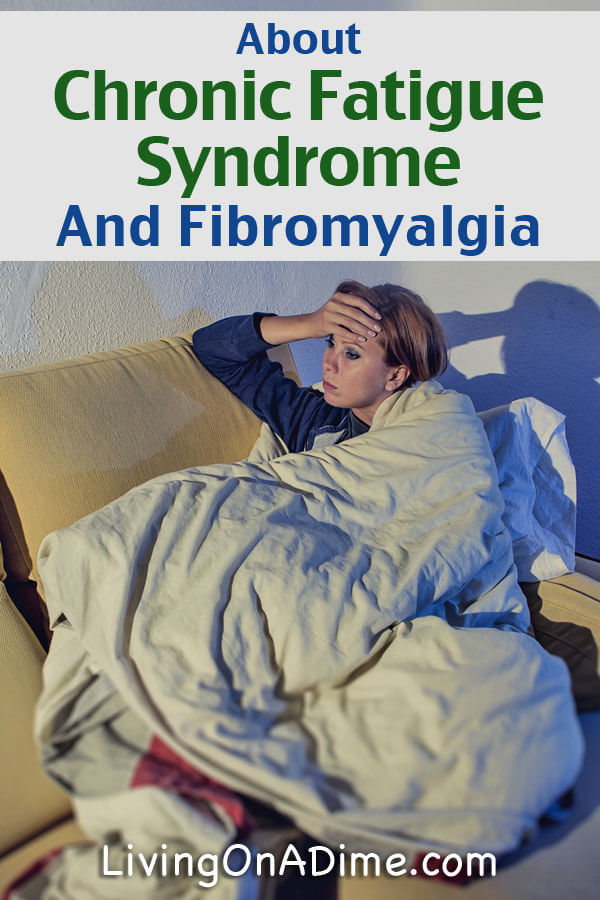 I get just about as many questions about being disabled with Chronic Fatigue Syndrome and Fibromyalgia as I do saving money, so I thought I would address the questions I get here. I AM NOT A DOCTOR!! This is only my story and describes what has worked and (mostly) what hasn’t worked for me. Please check with your doctor before trying anything new. 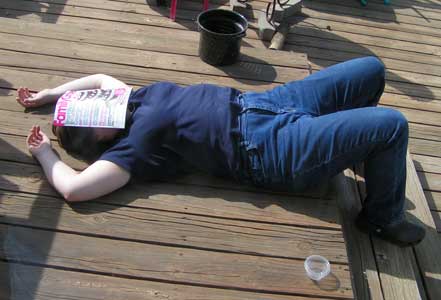 For those of you feeling discouraged because of lack of belief from family, friends and/or your doctor, don’t worry!!! YOU ARE NOT CRAZY!!!! There really is something wrong with you. Most people like me lead very normal, healthy lives and then one day– BAM! –just get sick and don’t get better. I started volunteering when I was 14 and working when I was 15. All through high school, I made straight A’s and worked 20 hours a week plus I was in chorus, which took another 20-30 hours a week. ( Can you say Type A personality? :-) I had major plans for my life and the things I wanted to do. I got sick in 1988, when I was 16. (I started doing better after being in bed continually for almost 3 months.)

Mom, my brother and I were all diagnosed with it in 1988. We all came down with the “flu” and never got well again. We finally diagnosed it ourselves after a friend told us of her friend that had the same symptoms. We had gone to doctor after doctor and they just thought we were nuts or depressed. After going to three psychiatrists and having them tell us we weren’t depressed, it got depressing! LOL

We talked to our doctor. (The CDC had only come up with a name for our sickness about 6 months earlier). He said that it sounded like Chronic Fatigue Syndrome (CFS) and that was that. Since then I have been to countless doctors and they still try to diagnose something different. They all try to find something else, but the tests always come back negative. I even had one doctor tell me I had Muscular Dystrophy even though the tests for it were all negative!! (What an idiot!) The Centers for Disease Control came to Wichita to conduct a study on Chronic Fatigue Syndrome in 1990. We were one of the participants. They put us through everything you can imagine and still couldn’t find anything wrong with us. They said we were one of the most “classic” cases of Chronic Fatigue Syndrome they had seen.

I was feeling better during my senior year of high school (1989-1990). After high school I went to Sweden to be an exchange student. I left in June 1990 and by the end of August I was so sick I could hardly get out of bed. I had to come home early. People walk almost exclusively there and I am pretty sure that is what triggered my relapse (exercise makes Chronic Fatigue Syndrome worse). The people in Sweden eat the most healthy diet you can imagine, so I know it wasn’t my eating habits!

I came home and tried working several times. Each time I would make myself worse and end up in bed longer and longer. I finally got to the point where I could barely get out of bed even to comb my hair. I was home from August 1990 to December 1991. I was finally able to move out and I got on Social Security Disability in April of 1992.

I lived in Springfield, Colorado, a very small town where my grandparents lived. They had a small farm house that I rented for $100 a month (utilities included). I was able to get by on my $300 a month Social Security by doing that. It was hard. I lived 60 miles from the nearest big city and I lived with well water that froze up more days than not in the winter plus I had snow drifts that would snow me in for days at a time. It was not easy but I was on my own then so I didn’t have to worry about caring for kids.

I managed to go to school for Horticulture in 1993-1994 after moving to the Denver area and then to Estes Park. I was still trying to at least do “something” so that when I got better I could own a greenhouse. (My dream job! :-) I figured that way I could be getting something done while I was waiting to get well.

That’s how it all started for me. I wouldn’t wish this on anyone! It’s horrible living with constant pain, having no memory of anything and being sick and tired all the time, no matter what you do (or don’t do!) You aren’t lazy. You don’t need to “just get over it.” You need help.

P.S. There are different stages of CFS. Right now, we have days where we are semi-functional. For the first one to two years I was sick, I was almost completely bedridden. One day I was alone and I had to go with out food until the next day because I had no way to get any food. I couldn’t even lift my arms to feed myself.

Another day I had no help and needed to go to the bathroom, but I had to just lay there holding it for about 30 minutes waiting to get up enough strength to crawl the 10 feet to the bathroom. All day I just laid there trying to collect my strength for the next time I needed to go.

Once I laid with my eyes closed all day, not because I was sleeping but because I was too weak to hold my eyelids open. I could go on and on but I don’t have room. I did write more about this in our e-book Common Cents When You’re Sick.

P.P.S. The picture above is a real one of Tawra after she tried to stain her deck. We find her in this position often. Once my mom had a bad reaction to some medicine and she fell to the floor. We called the EMTs and when they got there they were worried the kids would be traumatized  by seeing great grandma on the floor. The kids said “It’s ok. Our mom does that all the time.” We all laughed. You have to keep a sense of humor when you are this sick!