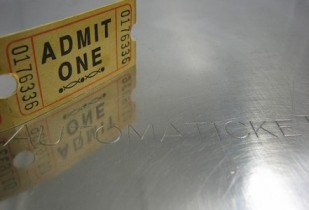 To the reader: I wrote this story in 2000 to illustrate why it is important to weigh the cost of items before buying them. I know that some of the prices may not reflect today’s prices, but if you read the entire story, the thought process still applies.

Have you ever thought that some particular purchase would save you money? I often hear people talk about how they can save money by purchasing something that will save them in other ways. A good example of this is a custom home theater system. Many of my movie buff friends, awed by snazzy displays in electronics stores have convinced themselves that there is virtually no cost in this type of purchase. After all, it is difficult to find a first run movie theater that sells tickets for less than $6.50 each and many are substantially more. Surely, they reason, at say $8.00 per ticket, they would save money purchasing this system that attempts to approximate the theater experience. Is this really the case? Let’s weigh the cost!

One particular friend purchased his system in stages. First he purchased the large screen television for a cost of around $2000. Then he purchased a mid range stereo system including a DVD player for another $2000. For these prices, surely the stereo would include speakers, but says my friend, that is not the case. He spent another $1500 purchasing speakers and a sub woofer because he likes the bass. My friend was telling me how he got a great deal because he purchased several of the components at once. He asserted that he “saved” several hundred dollars on the equipment and that the entire system would pay for itself since he would no longer incur the cost of seeing theatrical releases.

Considering his assertions, my curiosity got the best of my and I began crunching numbers. I added his equipment costs and figured that his system cost $5500.00. At $8.00 per movie, that means he would have to watch 688 films on his home theater before it would pay for itself. Not bad, you might think. He might see that many films in two years if he watched one every day. Of course, this assumes he is watching films that he would have seen in the theater but chose to view them on his home theater instead or else he wouldn’t be saving money. My friend found that even with his home theater, he did not want to give up theatrical movies all together, so maybe it would take a little bit longer for the system to pay for itself.

What my friend never figured into his numbers was that he was going to have to have DVD’s to watch on this new system. At the purchase price for DVD’s, suddenly it would be cheaper for him to watch a movie in the theater. His system could never pay for itself. My friend decided that he would instead rent the DVD’s from the local video store, where DVD’s rent for about $4.00 each. If all of the DVD’s he watches are rented, he only saves $4.00 over the price of watching the film in a theater. This means that we have to do the math all over again. Now for the system to pay for itself (dividing the $5500.00 system by the $4.00 savings), my friend would have to watch 1375 movies for the system to pay for itself. He would have to watch at least one movie every day for close to four years before the system pays for itself. Now my friend is serious about movies, but lets face it, one movie every day is a lot of movies.

My friend never considered that after a couple of years, the technology would be so much better that he would want a new one. Sure his system was great, but look what they have now. Still, the system has not paid for itself so he must press on. He never considered that if he had simply paid the eight bucks to see a theater movie every day that he would be $3000 ahead at this point and not in hock for this stupid home theater. Heck he could have gone to the theater AND bought popcorn every day!

What makes it worse is that my friend bought his system at one of those electronics stores with the 1 year same as cash. How can you beat that – no interest! What he didn’t know was that if the balance isn’t paid off by the end of the year, that the company charges all of the interest back to the date of the purchase as if it was never “same as cash”. To add insult to injury, the credit company charges 29% interest on purchases. That means that in addition to the $5500.00 my friend paid, he also has to pay $1595 PER YEAR interest until it is paid off. If he only pays the minimum payment of $150 per month, it will take him 91 months (7 ½ years) to pay off the system. The total cost of the system is then $13647 including $8147 in interest. This means that including the $4.00 savings per movie, he will have to watch 3412 movies before the system pays for itself. That is a heck of a lot of movies. If my friend watched a movie every day, it would take him more than nine years for the system to pay for itself. In this case, my friend could have paid full price to watch movies every day at the theater for more than nine years. In fact, the system is not really paying for itself if my friend would not otherwise have actually paid the $8.00 every day for nine years to see that many films. It also does not take into consideration that most people see at least SOME movies in discount theaters. If my friend would have seen a film in a discount theater, he would actually be spending more for each movie he chose to view on his home theater.

What I have not mentioned here is that my friend works a job that pays him $20,000 per year. If he pays cash for the system (NOT using a credit card), he will have had to work over three months for no other reason but to pay for his home theater. If he uses a credit card, he will have had to work for more than 8 months to pay for the system. Now, I don’t know about you, but if I could take 3-8 months off of work and still live at the same standard of living, I would rather do that than go to a job and work more for someone else so I can “save” money purchasing a home theater that might not pay even for itself for nine years.

I am not saying that home theaters are bad. I am simply saying that you should carefully weigh the cost of something before you purchase it, considering all things that affect the price. I personally would not purchase such a system when I can see a film in glorious Technicolor on the big screen as it was meant to be seen (in 2.35:1 wide screen of course). If you feel that it is worth it to you to spend the money on such a system, it is your prerogative to spend it on whatever you wish to spend (keeping in mind that you must want it more than that other thing you can’t afford after you have bought it). So go enjoy the movie! And say “Hi” to the ticket taker for me!

If you need help trying to figure out how to weigh the cost of things you’re considering buying, you might want to check out Dig out Of Debt and learn more about how to keep more of your money.