It is difficult for most people to know how to deal with layoffs, but the right attitude and a good plan can reduce your stress and help you recover. Here are some thoughts that might help… 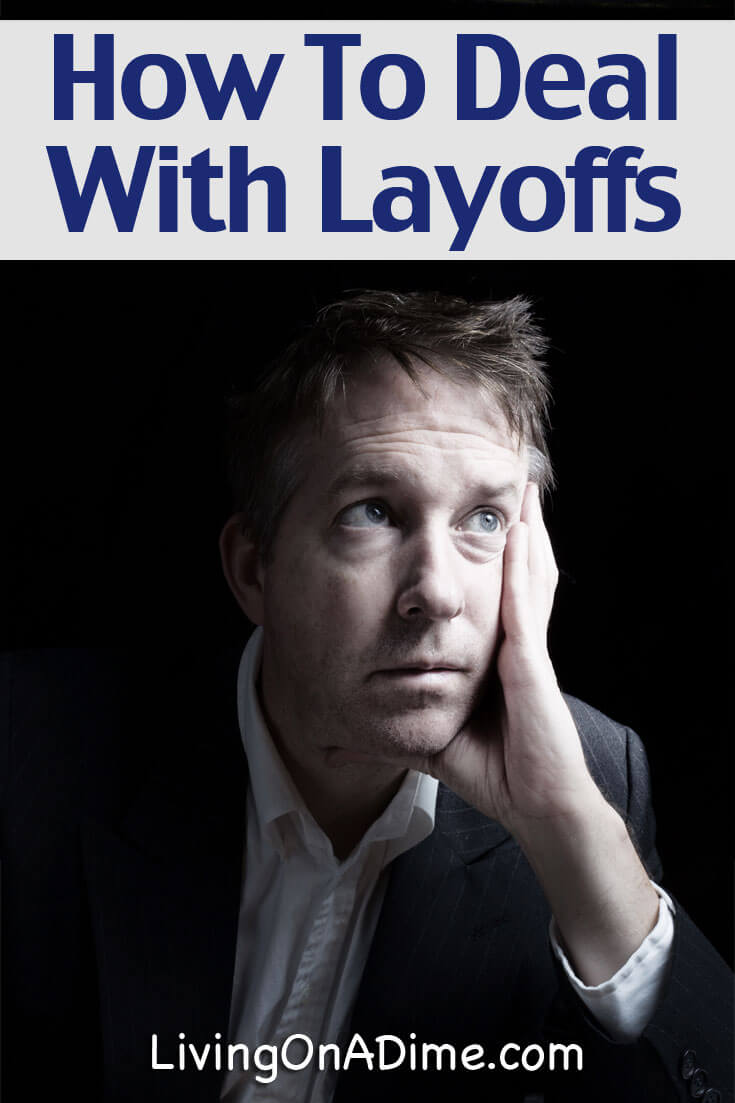 Tomorrow is my son David’s birthday. He quietly works behind the scenes here on our website troubleshooting and saving the day in so many ways. I just want to thank him and let him know how proud I am of him and how much I love him. Happy Birthday!!!!!

How to Deal With Layoffs- Lessons from My Son

You spend years teaching and training your children and most of that time you watch them and wonder, “Have they listened and will they remember anything I have taught them?” Last Friday was one of those times when you think, “They did hear what I was saying” or more importantly, what God was saying. Let me back track a little first.

A week or so ago Tawra saw several couples on TV who were dealing with layoffs. They were on the news because their families were being torn apart. One husband had had his pay cut. Another couple hadn’t lost their jobs. They were just so worried that it might happen to them, the stress was tearing their family apart and their home was filled with arguing and tension. I thought, “How sad that these people were allowing the fact they were losing some of their “stuff and things” to tear their families apart. Worrying about the stuff they were losing was more important than peace and love in their homes.

Most of them still had money coming in–It just wasn’t as much as they wanted or were used to having. I thought, What a difference it makes when you go through a crisis in your life if you have a good frame of mind and have your priorities straight. My son was the perfect example of this last Friday, when he called and said, “I just got laid off.”

My first thought was about how different his reaction was compared to the reaction of those people on TV and others we so often hear about. We spent almost two hours on and off the phone talking and laughing. He said it was so funny because the HR people at work and the job counselor they sent him to see didn’t quite know what to make of him. He wasn’t angry or even really upset. They don’t often see someone as calm as he was so they didn’t know what to say.

He had a choice. He could react in faith or in fear. He chose to react in faith. Because he didn’t sink into a “funk” or let fear paralyze him, he was able to think straight and he immediately started making plans to look for another job. He isn’t wasting days or weeks feeling sorry for himself.

We had to go through very hard times when he was young. All those years, I worried that the hard times might have a bad effect on him, but now I think they had just the opposite effect. He learned at a young age that God really does take care of you so as an adult it is second nature for him to believe that. Don’t always think the bad things you go through will be bad for your children. The only thing that will be bad for them is if their parents react in a bad way to the circumstances.

Kids watch how the parents react with each other. When you find yourself dealing with a layoff or in another situation like this, don’t play the blame game. This is the time to get your mind off of yourself and try to think of your spouse. Since my son’s wife works part time, he wanted to make sure that she would have no reason to get upset and resentful that he was home all day while she worked. He immediately started doing things like cleaning, making dinner and doing things around the house more than he normally would. Be sure to think about your spouse’s feelings at times like these and work together instead of separately.

As Christians, we often get really good at walking the walk and talking the talk when we are only dealing with life’s little irritations, but when a real crisis hits, we often forget to practice what we preach. Do we really believe those verses we piously read in the good times? God will take care of us and He is in control.

When life slaps you in the face, acknowledge the hurt, have a moment of anger, frustration and a good cry if you need it. Then take a deep breath, pray like crazy and start practicing what you preach for your own good and the good of your family.

Update: This first posted in 2009 on our old site. My brother was laid off for 18 months and has now found a temporary/contract job. During that 18 months his new home was hit by hail the size of grapefruit going all the way through the roof and into the attic – you can just imagine the damage. At the time he was recovering from major knee surgery and was on crutches. He also had 4 surgeries on his toe and several serious procedures done on his teeth. He  suffers from CFS but keeps working full time.

What Can the Average American Do to Save Money?

Is Frugal Living Harming Your Kids?