I’ve often had to battle a mildew smell in our bath towels, especially when we lived in a humid climate. Here’s an easy and amazing process I discovered to solve the problem forever! 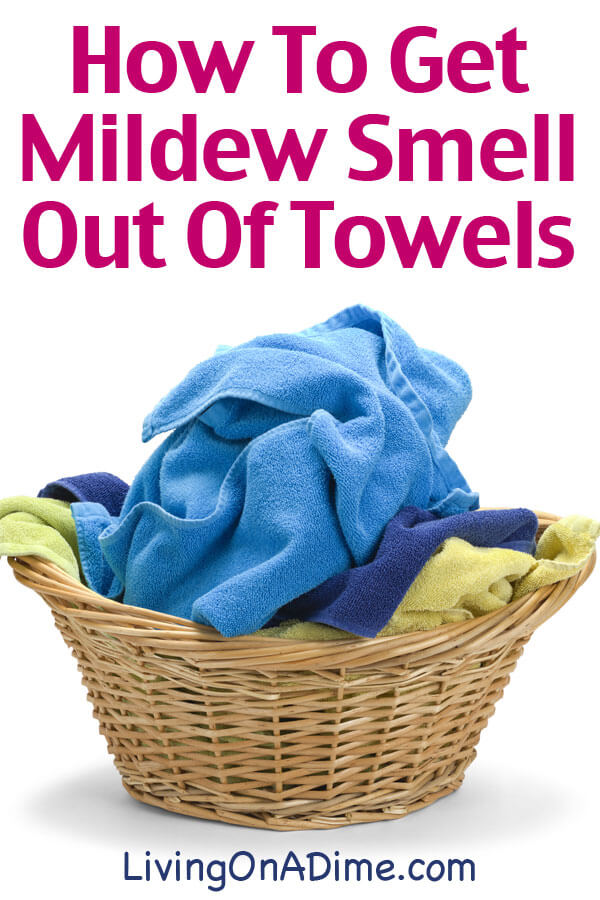 When we lived in Kansas we had really high humidity and with the high humidity we constantly struggled with our towels smelling like mildew.

Of course, if the towels were white it was easy because I could easily bleach them but I could never get the mildew smell in my towels gone from the colored ones. I tried hanging them on the clothesline in the sun and drying then in the dryer. I washed them with vinegar and Clorox 2, but none of it worked to get the mildew smell out of my towels.

Now that we live in Colorado, we don’t have as big a problem with mildew smelling towels but, occasionally, someone will leave a pile of towels on the floor or stuff them in the laundry hamper when they’re wet and I will have the problem again.

I found a solution to the smelly towels problem and it works GREAT! The best part is that it’s a super easy recipe!

How to Get The Mildew Smell Out Of Smelly Towels

I soak the towels overnight in the washing machine in warm water with vinegar and borax. In the morning, run them through the wash cycle. Wash the towels again with borax and detergent and dry as usual.

Using this process, the towels come out great and fresh!! When I first tried this in Kansas, after battling smelling towels for months, a week later I still had no mildew smell.

Prior to using this process, my towels would start stinking after a day or two and I was constantly washing smelly towels!! After discovering this method, we were able to go back to washing towels every week instead of every couple of days.

I’m glad I got that irritating problem solved! I hope you find this super helpful! :-)

This post contains affiliate links. We do get a small commission if you purchase using this link. Thank you for supporting our site so we can bring you more great free money saving recipes and tips!

Is Aldi Cheaper? Aldi Stores Can Save You Money!
Next Post: 11 Ways To Organize Your Kitchen More Efficiently