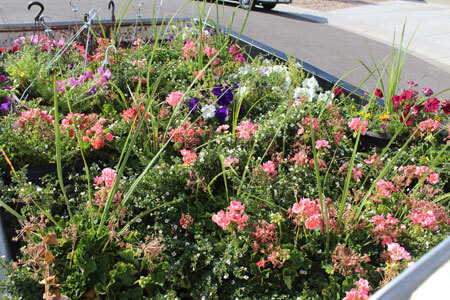 My Amazing Garden Deal! Flower Plants for One Cent!

I have around 1500 sq. ft. of gardens at our new house here in Colorado.  I have been having the worst time trying to get anything to grow from seed here.  The soil in our area is just horrid.  I am always on the lookout for cheap plants. Usually, I can find plants for 50% off  in the clearance section of Walmart and Lowe’s, which is ok, but I prefer to pay less than $1 for my plants if possible so $3-$4 is usually more than I want to pay for plants.  Well, I hit the frugal jackpot this week on plants with an amazing garden deal!

Day 1 – I went to Walmart and saw the clearance section of plants. Some of the plants were marked 50% off but the others didn’t have prices. So I asked the kid how much they were and he said one cent.  I said, “Yeah, right– Really, how much are they?”  He said, “One cent. Really!” The other two workers there with him said, “Yeah, they really are one cent.”

I couldn’t believe it so I loaded up the van with over 70 perennials in 2.5 quart containers… all for just ONE CENT each!!!

Day 2 (2 days later) – I stopped by to see if they had any more. The same guy was there and he said that the entire section was on sale for one cent per container! I couldn’t believe it! I loaded up 9 shopping baskets full and paid for them. Then I called Mike and said, “How much do you love me?”  He said, “A lot!” I said, “Are you sure, because you are going to have to love me a LOT!”  He said, “Uh oh… Now what did you do?”  Hehehe…he loves me!

So I told him to not go home after work and instead bring the pickup to Walmart. I had a “few” plants for him to pick up in the truck. :-)

Day 3-I had to run to Walmart to get some things. The kids had had their widsom teeth removed and we ran out of ice cream. So I hopped in the truck just in case they had more plants on sale. Sure enough! I got another truck load.

Day 3 next trip- That afternoon Mike was trying to fix the sprinkler system and he had to go get a part. We took the truck “just in case” and, sure enough, they still had a ton but this time they had just marked down a bunch of pernnials, which will continue to come back year after year!  We stacked them double high this time!

How am I going to get all that planted? Well I may not, but even if I don’t, for that price I could just compost them and use it to enrich our horrible soil, which would still be way cheaper than buying soil, so no matter what it’s a win win situation! :-) 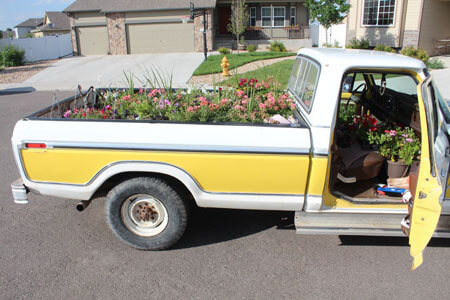 This was the second trip. The truck was full!

We even shoved them in the cab. This doesn’t even include the 2 van loads I took home! 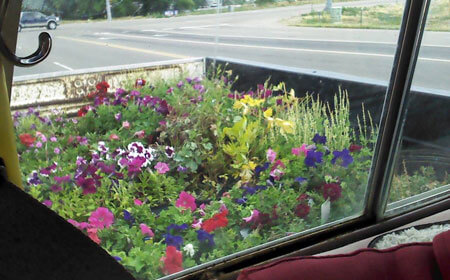 This was the third trip. You can’t tell, but this batch was two layers! 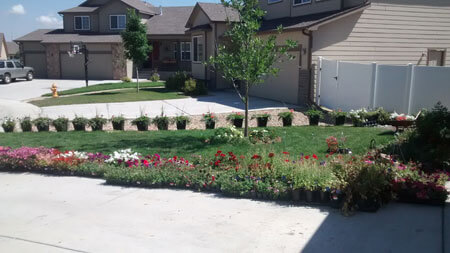 Some of the plants may look half dead. That’s just because they have already bloomed but all I have to do is cut them back and they’ll brighten right up and have more blooms!

So that’s my best plant deal ever.  Now, I’m getting off the computer and going into the garden! :-) Tawra

How To Make Homemade Bread – Easy Step By Step Instructions And Recipes
Easy 2 Ingredient Dough Recipes – Cinnamon Rolls, Pizza, Bagels & More!
30 Ways To Improvise When You Run Out Of Money
8 Ways to Soften Brown Sugar
How To Make Bone Broth – Bone Broth Recipe
What to Do When Adult Children Won’t Leave Home