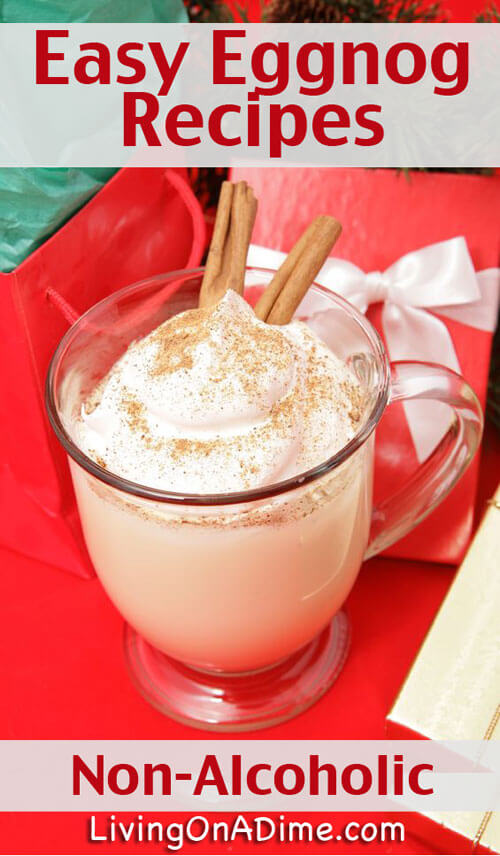 Here are two easy homemade eggnog recipes that you can prepare ahead and take to holiday parties or simply enjoy at home during the holidays!


Over low heat, combine milk, vanilla, cinnamon, cinnamon stick and cloves in saucepan. Slowly raise heat and bring to a boil. (it should take about 7 minutes to get to a boil.) The minute it starts to boil, take off of the heat, let it steep for 2 minutes and then remove the cinnamon stick.

In a separate bowl, beat the egg yolks and sugar until they are pale and fluffy. Using a mixer on low, slowly pour the hot milk mix into the egg yolks (tempering the yolks). Whisk or beat until well incorporated. Pour everything back into the saucepan and heat on med/low for about 5 minutes, continually stirring, until thickened. Do not boil! It will curdle if it boils.

Stir in heavy cream and nutmeg and refrigerate over night. Before serving, sprinkle with cinnamon.

Beat egg yolks until they are fluffy and light. Add the remaining ingredients except the egg whites and nutmeg. Beat the egg whites in a separate bowl until stiff. Fold into milk mixture. Garnish with nutmeg.

* If you are worried about using raw eggs, you can use pasteurized eggs in place of regular ones.

You can also adjust the spices to your own taste.