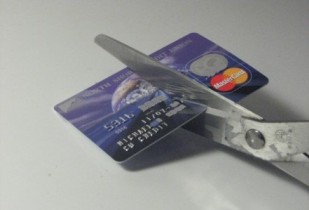 Is Bankruptcy Our Only Way Out?

My husband was a lawyer for 4 years before going to seminary and becoming a minister. Now with living on his severely reduced salary as a pastor the student loans seem like they will never be paid back. Is going bankrupt our only way out? (We still owe over $250k.)

Tawra: I know this must be difficult for you. This is a touchy subject for some but it’s a question I get a lot. No, going bankrupt is not the only way out.

Bankruptcy is intended to help people who end up financially strapped because of reasons beyond their control, like catastrophic medical expenses or the death of a spouse. Bankruptcy can be a good thing for emergencies, but I don’t think it is ethical to claim it for “poor planning”. I understand that it may feel like this situation is beyond your control, but it is actually the result of choices that your husband made. Even if he made those choices before marrying you, if you married him knowing about his debt, you accepted that responsibility with him.

I believe that when you take out loans, that you should not be able to claim bankruptcy on them. (In fact, you can’t get out of student loans through bankruptcy, so if they’re student loans, you have no alternative but to pay them.) You signed the note saying you would pay back the loan. The banks, credit card companies or other creditors are not responsible if you decide to change careers. If you claim bankruptcy for expenses you no longer choose to honor, it is really lying (because he promised to pay it back) and stealing (because if he stayed in law, he would have been able to repay it, rather than to make the credit card companies and their customers responsible for his decision to change his mind).

What can you do? That is a lot of money to owe and I can understand how overwhelming it must be, but it is your responsibility to pay it back. There are several options in your case:

Your husband could go back to being a lawyer, earning lawyer’s pay and and spending only a pastors expenses for several years, paying the balance to debt until it’s paid off. This is probably the fastest and easiest way to pay it off. If your husband is serious about preaching, he could practice law and preach part time until the debt is paid.

He could continue as a full time pastor and get a part time job on the side.

You could get a job. If your kids are small and still at home then you would need to get a job during your husband’s off hours so you don’t have to pay day care.

Do any on the side jobs you can. Can he mow lawns? Can you do ironing or child care?

It will take a long time to pay it off but you can do it. I do think that if your husband is a pastor then he needs to pay off the debt because he is the leader of a church and it is his responsibility to set a good example to his congregation. Ministers are not perfect, but God does require a higher standard from them. I believe that if God has called your husband into the ministry, God will make a way for you to pay off the debt without having to declare bankruptcy.

What Do I Do With My Tax Refund?

Paying Off Debt From A Failed Home Business