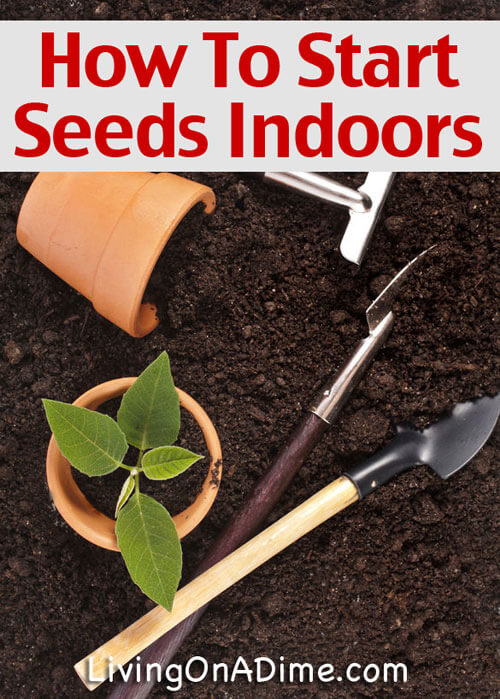 How To Start Seeds Indoors

(This post about starting seeds indoors for your garden originally posted on the old blog in March 2008.)

We started planting seeds for the garden the other day. I like to start my seeds indoors so that I have plants that are ready to go as soon as the garden season starts.

I used an old cake pan to set the little cups in. I did put a cardboard down so they wouldn’t tip over on the grooves.
Since we recently moved, I didn’t have a huge collection of covered deli trays like I usually use for starting seeds so I bought some little Dixie type cups. It cost $2 for 100 cups so it wasn’t a bad deal. I punched a hole in the bottom of each cup to give drainage for the plants.

Note the ice pick sticking up out of the top of the cups. I put a bunch together and just jammed it down through about ten of them all at once to punch the holes. 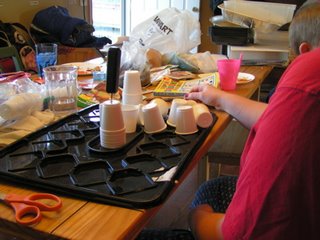 I planted things like tomatoes in the Dixie cups. That way I don’t have to move them to larger containers before I put them in the ground in my garden.

I put the rest of the plants in the ten or so deli trays I did have. My lettuce is already up and ready to go outside! Yeah! At $1.39 for a head of lettuce, I’m happy about that!

I had a lot of “help” starting seeds so it did go slowly and, as you can see, I felt like I was one step closer to death that day. :-) 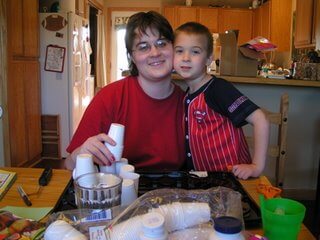 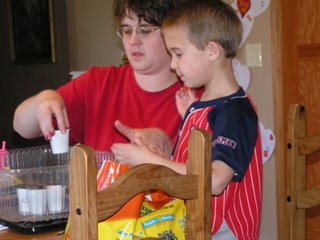 I forced myself to sit up and get it done even though starting seeds was the last thing I wanted to do that day. I’m glad I did it because now I have some great starts going and my garden is going to be happy!

Here’s a video we made showing an easy way to recycle using free containers to start seeds indoors!

Prepping in Panic! 2 Weeks- $110 – 4 People! What To Buy When All The Food Is Gone
Next Post: Hamburger Casserole Recipes For Quick And Easy Meals!