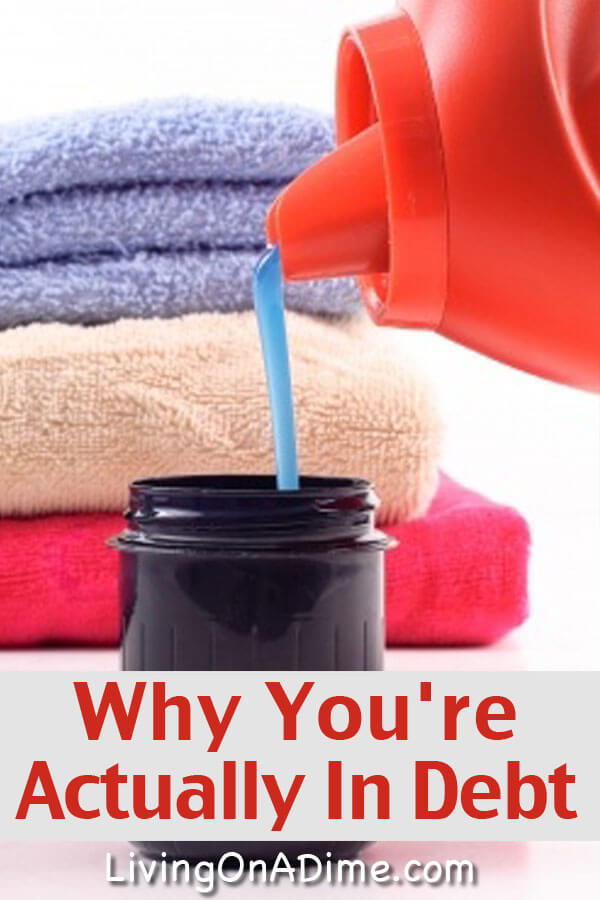 I grabbed the phone and answered it. It was my daughter chuckling on the other end. “We got another one,” she said, “Another laundry detergent e-mail.” For years now we have one recurring question. How can I save on my laundry detergent?

This may seem like an innocent enough question, but when we find out the writer’s story, laundry detergent is almost never really relevant to the problem. What we’ve found is that a person who asks about laundry detergent is usually on the brink of bankruptcy, divorce, or losing a job. It’s like some kind of code phrase or distress signal for “Help Me — I’m drowning in debt”.

Often these people have maxed out their credit cards, have fully mortgaged a quarter of a million dollar home and owe money on several expensive new cars. They have closets full designer clothes, purses and shoes and say ” How can I save on laundry detergent?”

For a person in this situation, asking that question makes as much sense as saying, “My home is burning down — I must go back in and save that $3 carton of milk I bought today!” If it were me, I would say, ” Forget the milk I going to save the family heirlooms, my gold jewelry and the good silver.”

I have tried to understand why in a financial crisis so many people want to learn how to save money on laundry detergent when there are so many more obvious ways they could be saving. Here is what I have finally concluded:

First, by focusing on a trivial issue they don’t have to look at the real, more serious problem. It’s like putting a Band-Aid on a scratch on your finger while you are bleeding profusely from an artery on your leg. They don’t want to acknowledge the real spending problem because then they would have to deal with it.

If you are in this situation and you want to be free of it, YOU HAVE TO ADMIT THERE IS A PROBLEM. You are spending more money then you make. It is important to realize that spending impulsively beyond your means is almost as bad as doing drugs. You get instant gratification and pleasure but over the long haul, it will destroy you.

Second, saving on laundry detergent gets rid of that nagging guilt for a little while. As long as they keep trying to save pennies on unimportant things, they don’t have to feel guilty about spending thousands on the fun things. The problem is that if they are spending beyond their means, it will catch up with them eventually, which will make the stress and damage all the worse.

For those of you who have your finances under control and really do need a way to spend less on detergent, here are a few suggestions. At first I wondered how I could help anyone save money on detergent when a person uses so little of it? For a family of four, a 40-load box of detergent would last me one to two months, which doesn’t give a lot to save on. It isn’t the laundry detergent that people need to save on but the amount of laundry they are doing. It’s seems as if people’s laundry has turned into some kind of monster that is taking over their homes. It’s everywhere. Piles of it on the floor, chairs, tables, and beds. Almost every horizontal surface in the house is covered with laundry — dirty laundry, clean laundry and folded laundry.

By cutting back on the amount of laundry you do, you can save quite a bit on detergent, dryer sheets, fabric softener and hot water. 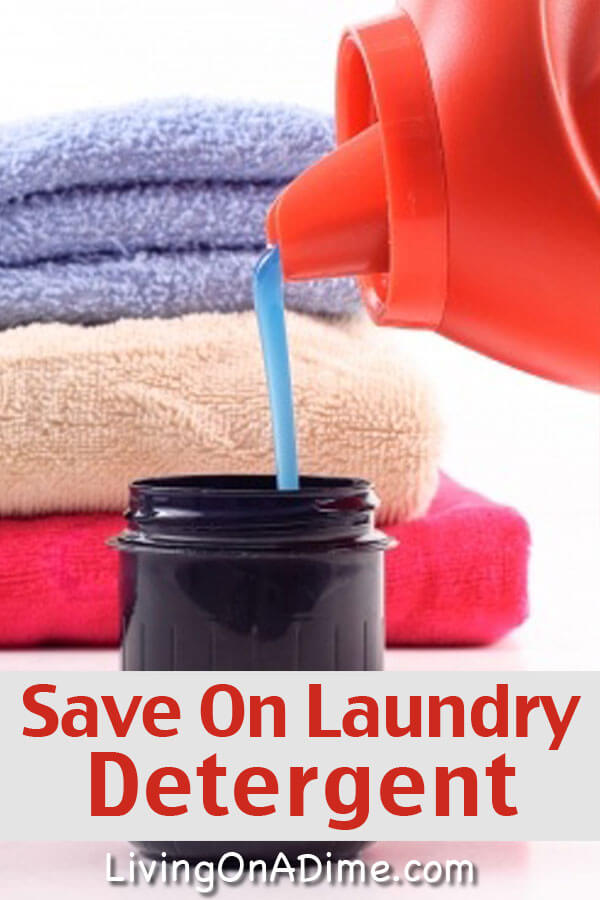 Here are a few ideas to help you cut back:

Can You Save Money Making your Own Laundry Detergent?

What is Washing Soda?

For more easy laundry, cleaning and homemaking tips to make your life easier, check out our How To Organize And Clean Your Home e-books.

Can You Save Money Making Your Own Laundry Detergent?

How Many Clothes Do You Really Need?