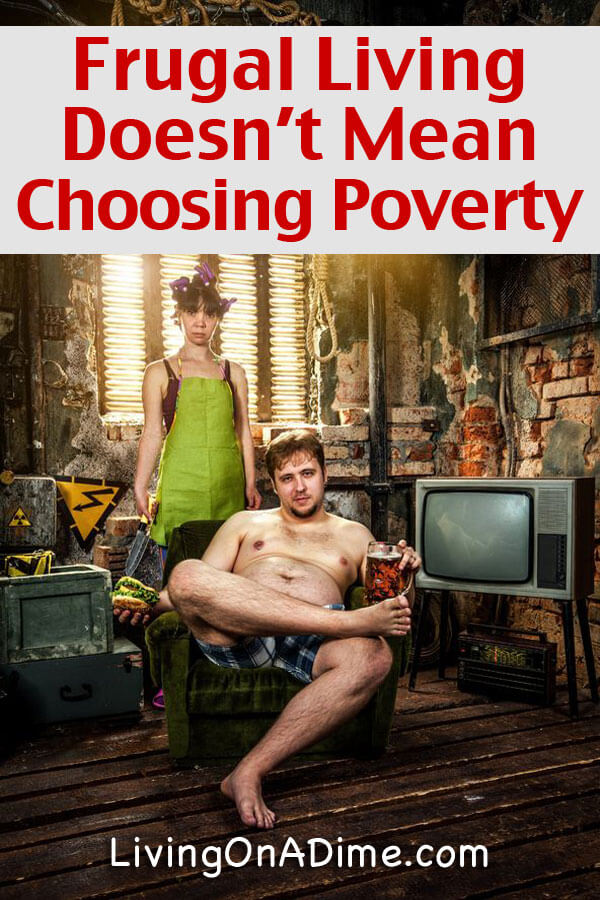 You sure have a nice house for someone who’s really cheap. I would think you lived in a shack and not a $144,000 house. Your business must be doing well. Not that you don’t deserve it, but it doesn’t match up with your poverty mindset and kind of misleading as a business owner promoting frugal living. I know lots of really poor people and they sure don’t have a house like that or TRULY can’t afford it. I still like your books but you lost a lot of credibility. Sally 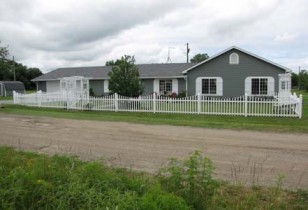 Actually, Sally, it’s because we are frugal that we can afford it. I find it very interesting how people think that if you live frugally you can’t ever own anything nice. Frugal living is about spending the money you do have wisely. We have been working very hard since we were first married to be completely debt free, including our house. As Mike said, “The entire point of living frugally is so that you don’t have to be poor anymore” or, in mom’s case, even if you do live on a true poverty level income, you can still have nice things.

We are able to live on one income because we don’t waste our money on things like:

frequently eating out
extra kids activities
buying DVDs
going on vacation (We recently had our first real family vacation after 16 years of marriage.)
We set our heat at 64 so we can save on our heating bill and we have our air conditioner set at 78 to save on electricity
We buy 95% of our clothes second hand
We don’t buy brand new cars
We only have a pre-paid cell phone (costing a total of about $100/year.)

For many years, our income was a very low income, too. In spite of the fact that we were only earning $22,000 a year (averaged) for the first 5 years we were married, we still paid off $20,000 in debt and medical bills. I know people earning three times that amount with half the amount of debt who have claimed bankruptcy. There’s no reason for it!

All these things add up big time so that we even have our house 75% paid off now!

I hear all the time from people who say you are so “lucky” that you can stay at home with your kids and don’t have to work. Luck has nothing to do with it. It takes hard work and sacrifice! I see tired and worn out mom after mom who “wishes she could be a stay home mom but just can’t“. They spend $100 a month getting their hair and nails done. They are driving a brand new car. They eat out constantly because they are tired and live in houses that are way out of their budget. In the end they are working for things that aren’t even going to be there in a few hours, let alone a few years.

The entire point of living frugally is that you choose not to spend money on things that aren’t important or won’t last so that you can spend your money on things that will last. For us, the important thing is being there for our kids and providing a secure and peaceful home for them. Mike and I hardly ever fight over money because money isn’t an issue for us.

When we were first married we made the choice to live within our means and that meant living in some very bad houses that we could afford instead of “nice” house we couldn’t so that later (now) we can have a nice house to live in without being stressed out. I know many couples who were married about the same time we were, had twice the income and chose to get the nice house first. Now they are fighting constantly over money, always yelling at their kids because they are stressed out, and on the verge of bankruptcy, all because they chose to buy things they can’t afford.

Another point I want to make is that some “poor” people are making themselves poor. I’ve known many “poor” families. Many of them are always paying their bills late and live in run down houses, both parents are working and the kids are a mess, and they’re just so “poor” they can barely make it.

The problem is when you start looking at the true picture, all five family members have a cell phone, they have a collection of 500+ DVD’s, multiple video game systems, eat out every day (it’s “just the dollar menu” “it’s just one delivered pizza”) and drink nothing but sodas.  This is a case where the family has it set in their minds that they are “poor” so they are going to spend $20 here and there to make themselves feel better to the point that they spend literally thousands of dollars on junk every year instead of improving their financial position.

So, actually, I think it gives us even more credibility that frugal living does work!

Sally, your mindset is one of the reasons so many people don’t want to be frugal– because they think that means they must be poor and deny themselves everything. They don’t want to do that and they are also worried about what others would think of them.

Being poor and frugal living are two totally different things. It’s like comparing apples and oranges. Being poor means you have nothing at all. You can be extremely rich and live frugally because being frugal means being careful or a wise steward of your money. If you want to throw in being cheap, that means you can have money but you are stingy with it. Some of the wealthiest people in the world got there by frugal living, doing things like driving used cars, and many of them still do these things. They don’t do these things because they are poor but because they are wise and living frugally.

Also, you can’t judge a person’s financial condition by appearances. I wear top of the line name brand label clothing and shoes. My whole outfit if bought new would be worth $150 or more. I carry a “never been used” leather wallet which was priced $50 at the store and a leather purse priced at $60. But I was given my outfit as a hand me down and I paid $1.98 for my shoes. The wallet cost one dollar and the purse cost a dollar. I got them both at a garage sale with the tags still on them. I look like I have a lot of money, but I have very little.

Tawra’s home looks very nice too, not because she spent a lot of money but because she worked hard to get good deals and she and Mike did a lot of hard work doing things like painting the house and putting in the fence themselves. Even all of the furniture in her home except for her bed and couch was either given to her or was something she bought for almost nothing at a garage sale and refinished herself.

I’m not telling you this because I feel I need to justify myself or Tawra but to tell you that it is not wise to judge people by their outward appearances. Sometimes when we don’t have all of the information, it is easy to jump to conclusions about people that simply aren’t true.