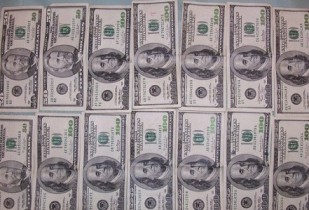 We have been having some problems with my oldest son (12) not taking his lunch to school.  For the last week he’s had one excuse or another why his lunch wasn’t taken to school or why he couldn’t eat it and he has been charging lunches to the school account. We don’t want him doing this because the school lunches are pretty expensive.

I asked him, "Are you the only who takes his lunch to school?"

He answered, "Basically… only one other guy does."

I said, "So are you embarrassed to take your lunch?"

Now, being 12 and in 7th grade, I can understand that if everyone else is buying his lunch that our son might feel out of place. But… I just can’t justify spending $50-$100 for my ONE child lunches at school just because many of the other parents do.

I was thinking about it, trying to figure out what to do. At the moment, our policy is that if he buys any lunches at school, he pays for them. There are days that if I have been really sick for a while and the cupboards are bare, I will let them buy lunches at school but it’s a rare day when I let them do that.

We’ve been trying to impress on him the importance of living within your means and avoiding debt.

Later that night, Mike was showing me this great chart he found that shows a dramatic increase in federal deficits, with war spending being only a fraction of the overall deficit spending. He commented about how people always complained about the Iraq war costing so much, but how many of the same people don’t seem particularly vocal about the alarming increase in federal deficit spending, which has more than quadrupled since 2007.

Our son was looking over our shoulders as we were talking about it and asked what we were looking at. Mike showed him the chart and said, "This bar graph shows the amount of debt the country has accumulated each year since 2003. What does that tell you?"

Our son immediately noted the drastic increase in the last couple years. A picture is worth a thousand words. Our son asked, "Dad are we going to have a depression?"

Mike said, "If our government keeps spending like this, we probably will". Then I said, "Mom and dad are trying to pay off our house as fast as we can. We are doing that because with the government spending like this, there are going to be major financial problems that could cause a depression. God has given us money to live on and it’s our responsiblity to use it wisely so that if there is a financial catastrophe like a depression, dad gets sick and can’t work or something like that then we will at least have our house paid for and we won’t have to struggle so hard to have a place to live. We can then spend the money to buy food and other needs if that times comes. That’s why mom and dad don’t want to spend $50 a month on school lunches when we can make them at home for $10 a month.

He said, "Oh, that’s a really good idea. I’m going to make sure I save my money so I can buy cat food and cat litter if I need to."  His cat is the LOVE OF HIS LIFE so it’s funny to hear his priorities, but he did get the point.

Sometimes you just need to explain to your kids why you aren’t buying one thing or another or why you choose to spend your money the way you do. Kids CAN handle it! You just need to tell them in a way that is calm.

P.S. This article is meant to illustrate the importance of talking to your kids about money, not to be a discussion about politics, so we will delete any comments that seem to be the least bit argumentative.

I just wanted to add a little note. Like everything else, keep things balanced. Tawra’s oldest is almost 13 and is exceptionally smart when it comes to money, saving and understanding it. When he asked a question in this case they calmly answered it.

If their 5 year old was there they would have answered it differently because of his age and his personality. In the same way you wouldn’t give a 5 year old the keys to a car because he doesn’t have the emotional maturity and isn’t responsible enough to drive the same goes for children and money and world news.

Recipe for a Successful Life
Next Post: Seasoned with Love