Dining On a Dime Volume 1 and Volume 2 SHIPPING NOW!
Get 25% Off when you use Coupon Code DINING25
Learn More Here! 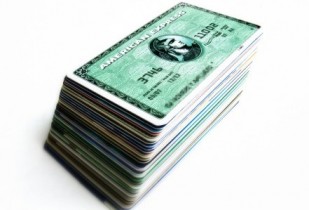 "Due to some very poor choices on my part, a home-based business opportunity just about ruined our marriage, our finances and has done a number on our credit. I feel so guilty for this but I am beginning to get a grip on the guilt. We enrolled in a consumer debt repayment program and have whittled the debt down to far less than what we started with. But now, I have incurred another $4700 in credit card debt and have a child heading off to college August 2007."

I am sickened that I did this and the guilt is rising. I homeschool my other 2 children and babysit for another little guy.

I get $80 a week for babysitting and would like to know if it would be better to put that on the "new" $4700 debt each week or if it will make that much difference.

Obviously, we have not been able to save any money to help our daughter go to college.

I had such big plans and big dreams for that home based business… unfortunately, instead of being "in the pink" (hint) I put us very much in the red. *sigh*

Tawra: Yes, I would put every little bit that you can toward paying off your debt. It doesn’t seem like much to put a few dollars toward $4700, but it does add up! The only way we were able to get out of debt and pay off $20,000 on $22,000 income a year was by paying every little bit we got, even $20, onto the payment.

Regarding the babysitting money – If the debt is in several places (multiple credit cards, etc.), I’d pay off the lowest balance one first.

By the way, don’t worry about paying for your daughter’s college. Not everyone can afford to do it for their kids and it won’t kill her to pay for her own. She will appreciate the value more and work harder if she has to pay for it herself.

Don’t beat yourself up. Everyone makes these kinds of mistakes. You just have to go on, get it paid off and learn from your mistakes.

Should We Declare Bankruptcy?
Next Post: Where Do We Begin To Catch Up On Debt?